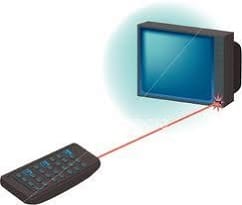 The way of data sending from one place to another via communication media is called data communication or data transmission. There are four modes or ways of transmitting data.

A simplex transmission transmits the data in one direction only. This means that you can either send the data or receive the data. For example telegraphs systems, radio broadcasting, television broadcasting. Printer communication is also an example of simplex transmission. The direction may be from the processor to an i/o device, or it may be from a terminal to a processor.

The duplex transmission allows for two-way broadcasting. The duplex mode is further divided into two types:

In half-duplex transmission, we can send or receive the data at a time.  For example, a walkie-talkie is a half-duplex device because only one party can talk at a time.

In synchronous communication or real-time communication, data is sent in blocks also called packets at the fixed time intervals. An activity that might use a synchronous protocol is the transmission of files from one point to another. As each transmission is received, a response is returned indicating success or the need to resend. For example, can occur only at specific points in the clock cycle.  For example, a telephone conversation is synchronous in telephonic conversations each party can talk whenever they want but in the asynchronous communication, each party would be required to wait for a specified interval before speaking.

4 thoughts on “Transmission Modes  And Its Types”